The remote region of Yonezawa is known as the birthplace of Japanese textiles.
Lord Yozan Uesugi of the Yonezawa Domain is credited as the original founder of the silk fabric industry.
The samurai-class Nitta family, which served the domain, has now been operating the weaving shop for five generations.
Entering the gate of their residence, the steady rhythm of the looms slowly reach you. and make you feel the solemnity of this long history. 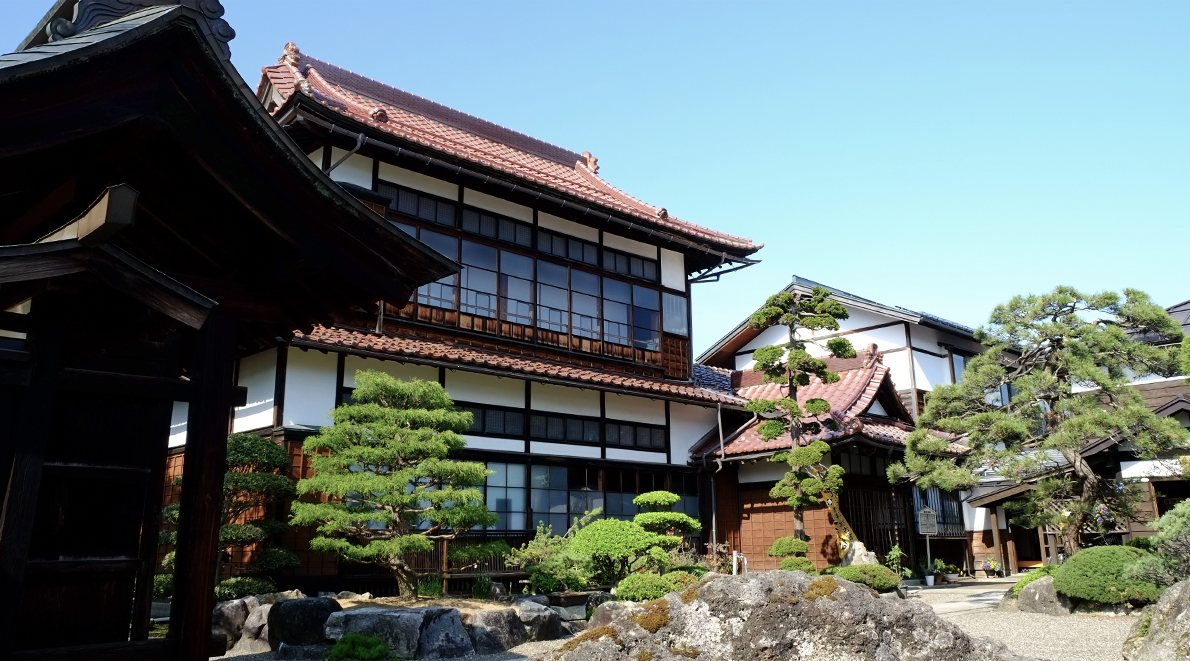 Production of fabric for hakama skirting 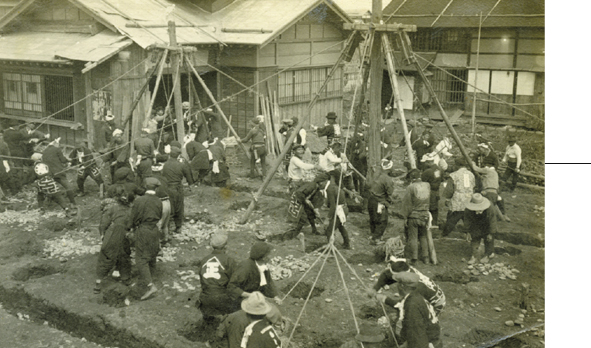 Many carpenters working on the foundation of the Nitta residence.

Powered looms enter production, which previously relied only on handlooms. 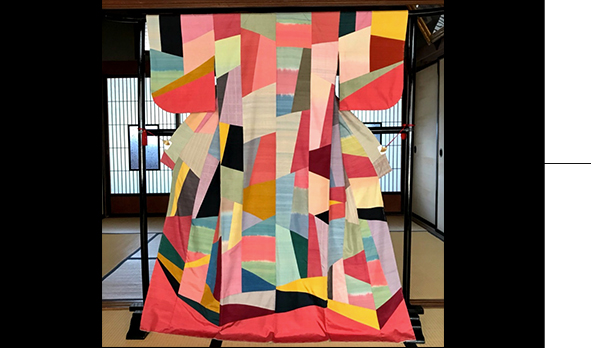 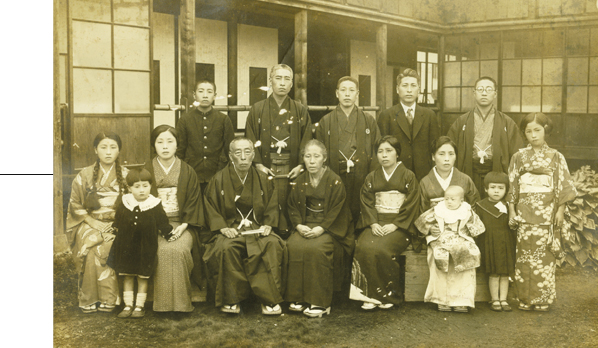 A photo of the family. 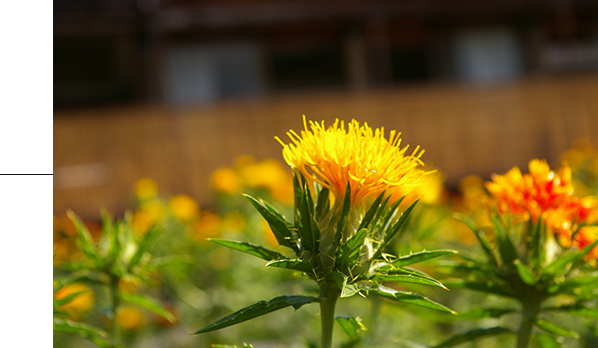 A fascination with benibana begins. 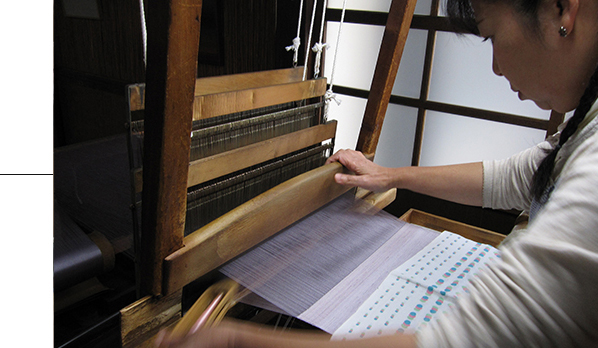 Weaving with all his heart.

In 1884, long after the first generation of the family had followed their feudal lord Kagekatsu Uesugi and relocated to the region known as Echigo Province (present-day Niigata Prefecture), the 16th head of the family, Tomejiro Nitta, became the founder of the Nitta Weaving Shop.
After winning many awards at various fairs, the name of “Nitta” became synonymous with the hakama skirting fabric of Yonezawa. The second head of the family, Kumao, also proved to be an industry pioneer. He invented new products such as robakama, or hakama made with silk gauze. The third generation, represented by Shuji and his wife Tomiko, had a fateful encounter with benibana (safflower) in 1963. Fascinated by the almost visionary beauty of the flower, they from that time on devoted themselves to improving their dyeing technique and achieving a color that met their high standards. They were later succeeded by Hideyuki, who was very particular about product quality standards. He promoted integrated production, which involved handling both the dyeing and weaving processes in-house.
Because it is believed that the coldest weather brings out the best colors, midwinter in Yonezawa is the season of benibana dyeing. Thanks to the Nitta family’s persistent efforts and research – and achievable only through the repeated-dyeing technique, Nitta fabrics now come in hundred’s of unique shades and hues. Fifth-generation Gentaro, the current head of the family, has inherited this spirit, and strives to produce only the best.